In the last twenty years of his life – a life dedicated to music – the setting of Wordsworth’s long autobiographical poem ‘The Prelude’ as an oratorio became my brother’s raison d’etre. But then he was passionate about all sorts of things – the Lake District fells (and A. Wainwright’s guidebooks to them), cricket, Scrabble, and even the English weather!

Michael spent his first four years at the small village of Skelton, near Penrith, Cumbria; he was evacuated there with our mother and our sister, Judith, during the Second World War. Educated at the Royal Grammar School, Newcastle upon Tyne, he was taught to play the violin by Johnson Hood, who encouraged his first compositions. Throughout his life he produced a steady stream of pieces for varying sizes of orchestra and for solo instruments.

Our father was determined that Michael qualify in the ‘real world’ so he went to Leeds University, studying composition under Herbert Howells, and then became a professional violin player, initially in Holland , where he met and married Muriel Janse.
Whilst his two sons, Christopher and Robin, were growing up, Michael played with the Scottish National Orchestra under Alexander Gibson. Back in Holland,  he switched to the viola. He was section leader and frequent soloist in the Noord Hollands Orkest until his retirement in 2004, and then played in several amateur orchestras in Brabant, where he finally settled. He was as committed to these orchestras as to anything in his professional life, and was proud to play ‘Schindler’s List’ at the annual memorial service for the concentration camp at Vught near where he lived.
Life was often joyous for Michael, but never tranquil. He battled with bipolar disorder all his life, and never ever did things by halves, celebrating his 50th birthday with a 48-hour marathon walk  through his beloved Cumbria. As someone who spent countless holidays ‘over the hills and far away’, he vowed to ‘give something back in gratitude for the spiritual inspiration which this district has given me – including battling with a Force 11 gale near Styhead Tarn’.  I quote here from the programme notes compiled by Michael himself for a concert with Ryton Choral Society just a week before his death; this featured the premiere of a selection from Michael’s setting of ‘The Prelude’ .
Maybe  it was the emotion of hearing his dream come true – who knows.  Michael returned after the concert to s’Hertogenbosch, where he had been scheduled to play a solo in the ‘Ashokan Farewell’ on December 22nd. Sadly, I heard that he had been found dead of a sudden heart attack at his home that morning, and it was at his own funeral that his friends played for him that same haunting piece of music.
January 2009 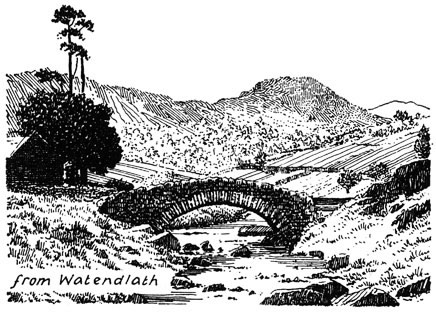 Our birth is but a sleep and a forgetting:
The soul shall rise with us, our life’s star,
Hath had elsewhere its setting,
And cometh from afar.’

The following was written by Michael Smith in July 2009 for the first performance of selected parts of ‘The Prelude’:
“I began my musical education at the age of 1, thanks to my mother, who listened to the 1942 equivalent of Classic FM from morning to night. Piano lessons followed at the age of 6, and violin lessons at 10 with a teacher, Johnson Hood, who encouraged me to write my first compositions – duets and a string quartet.
Very soon, I decided to make a lifetime commitment to music, and to composition in particular. I graduated from playing in the orchestras at the Royal Grammar School (Newcastle on Tyne) to the Northumberland Amateur Orchestra and the National Youth Orchestra of Great Britain. I continued my violin lessons with Eta Cohen in Leeds and Antonio Brosa at the Royal College of Music. By some quirk of fate, I moved to Holland in 1963 where I played in the Amsterdam Philharmonic Orchestra and the Noord Hollands Philharmonisch Orkest.
I came back to Britain for 8 years and enjoyed my time with the Scottish National Orchestra, including tours to Stornaway and the Shetland Isles, and a tour to Germany, along with Jacqueline du Pre and Janet Baker.
Back in Holland in1977, I switched to the viola (very much as an autodidact) and have played it ever since, as leader of the section and appearing as soloist, latterly in Hindemith’s ‘Funeral Music for George V’. My joy at finally discovering the instrument which I felt was meant for me expressed itself in the formation of an ensemble for 8 violas -‘Altorama’ – which at the time (1982) was probably the first such ensemble in Europe.
During my 39-year career, as well as playing most of the time, I have produced a steady stream of compositions including violin quartets, pieces for string orchesta, piano, violin and viola and numerous arrangements for viola ensembles. Also, of course, ‘The Prelude’ – a 14 year labour of love – a mammoth work for chorus, soloists and normal symphony orchestra. For the concert on December 12th 2009, I chose 10 numbers and a chamber orchestra.
Wordsworth could be comically naive but also as profound as is possible to be. My life as an orchestral viola player has been filled with jibes from second violinists, and remarks from cellists such as “Now, if you were a real man you would play the cello!” I certainly know what Wordsworth felt like when he read criticisms of his ‘Lyrical Ballads’ in the Edinburgh Review that accused him of ‘perverseness and bad taste’.
An irony is that while I seriously attempted to set many of Wordsworth’s texts to music, I learnt afterwards that his favourite instrument was the cuckoo clock! ”
Michael J. Smith (July 2009)
Postscript by KalaTrobe (author):
I was first introduced to Michael in 1992 by his sister, Sue. He was a truly unforgettable man – intense, complex and inspirational! A friendship developed, letters flew for a while between London and Holland, and I was privileged to become his muse for a viola piece he named after me.
Serendipitously, my novel ‘Spiritus’, set in Amsterdam (where I last saw Michael happily wielding his viola on a houseboat), ends at the Winter Solstice – almost exactly the time of Michael’s death. Published only a few months later, its frontspiece reads:
Dedicated to the memory of Michael Jon Smith