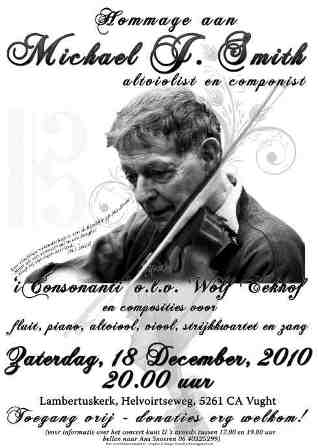 The concert began with a performance of ‘Dear Native Regions’ (no 1 of ‘The Prelude’ ) by 12 year-old Eline van der Zanden (treble) accompanied on the piano by Frank de Koning.

The programme also included the symphonic sketch ‘Esthwaite Lake’ (no 54 of ‘The Prelude’) which was premiered by I Consonanti (directed by Wolf Eekhof). Michael Smith had prepared this piece for Ryton but it was omitted owing to shortage of time in this 2009 concert. The same piece was also performed by I Consonanti on November 13th 2011 at Theater de Speeldoos, Vught.